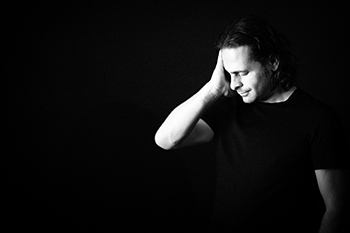 Christian Bonori is an Italian dj, producer and remixer appreciated on the national club scene.
Since his late teens, Christian has always been truly passionate about house and techno music.
In 2000, he started his dj career playing in some disco clubs close to his hometown area in the North of Italy. Over time, he played in some of the most respected and well-known clubs in Italy, such as: MAGAZZINI GENERALI (Milan), VOX Club(Modena), MAFFIA Club (Reggio Emilia),BOLGIA Club (Bergamo) together with artists like Eric Sneo, Alex Picone, Idris D, Marco Dionigi, Chiara DC, Dj Rame, Steve Mantovani and many more. He also played in some European cities, including Munich, Berlin and Sarajeyo. Recently, he attended the LOFTAS FESTIVAL in Vilnius with Felix Krocher , Axel Karasakis and Mark Greene , plus another festival in Genoa, Italy, alongside Brian Sanhaji and Lewis Fautzi.

While working as a dj, Christian quickly realized that he wanted to express his own musical ideas and feelings through electronic music production and engineering. To pursue such an ambitious goal, in 2005 he started a partnership with Paul STone, an Italian music producer with releases on Compost Records and collaborations with the Black Box group (which released some 90s hits such as ‘Ride on time’, ‘Everybody everybody’, ‘I don’t know anybody else’ and many more).